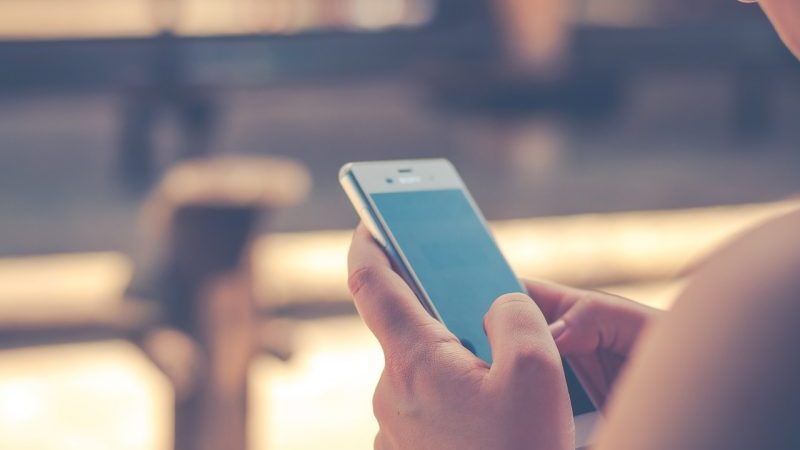 As many of you know, I used to struggle with pornography. Once I finally confessed this to my husband back in 2008, we installed accountability software through Covenant Eyes on both of our computers. My husband and I still receive a report of all of the websites viewed during the week (and with our children getting older I am sure we’ll keep it).

One day I was home finishing up a message I was preparing to share the following morning. While taking a break, I was looking through my emails and noticed I had a few new followers on Twitter. I was not on Twitter very often at all but decided to click over to see one of the profiles. The profile I clicked on was for a woman with a vague profile description, but nothing seemed out of the ordinary or cause for concern.

I was completely caught off guard when I scrolled down a little further to see an extremely graphic pornographic picture. This (of course) was exactly the same kind of picture I would have searched for years ago. An array of emotions suddenly hit me.

1) I had an emotionally tiring week.

2) I was alone. My husband and kids were at a friend’s birthday party, so I could stay home and finish the message I was working on for the following day. I was suddenly acutely aware that there was no one around to distract me. This is not normally a concern of mine at all, but suddenly it was fueling my fear.

I was frozen in fear, realizing I already could not get that picture out of my mind. I found out how to block her on Twitter, but I was left with a crucial decision at that point.

What was I going to do with everything I was feeling?

When I saw that picture, I felt a “rush” (I don’t know what else to call it) come over me that I hadn’t felt in a very long time. Honestly, it terrified me. I forgot what that felt like, and I panicked.

Then I realized something… I didn’t have to listen to how I was feeling. I had the Holy Spirit to help me. I wasn’t truly alone after all. He was there with me! I started to pray, realizing I didn’t know what else to do at that moment. I did something I had never done in the past…

I prayed for the woman whose picture I saw.

Every time that picture came to my mind later, I prayed a similar prayer all over again.

I praise God that I made the right decision. The power that picture could have held over me was diminished when I continued to pray for her. I am so thankful that my relationship with God is not filled with so much shame anymore that I couldn’t approach Him.

The intimacy I am finding with Him just keeps growing, and it made all the difference in this situation. Years ago I would have felt condemned by even feeling tempted, so I would have caved in for that reason alone. Now that I don’t carry all of that shame in my relationship with Him, it was so much easier to turn to Him for help.

He is my Savior, Restorer, Helper, Redeemer and my Friend!

He is my Refuge and Strength [mighty and impenetrable to temptation], a very present and well-proved help in trouble (Psalm 46:1 AMP)

What do you run to when you feel empty or weary? I encourage you to turn to the Lord during these times. Don’t let shame keep you from the One who can fill every need you have. The closeness He wants to have with you can fill those places, even well past what you can imagine!

He Trains Our Hands For Battle