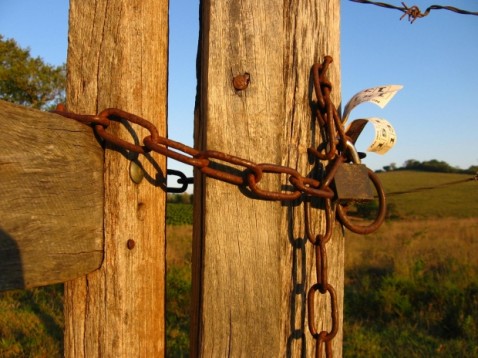 I was in the store one day, and I happened to see a girl I went to high school with. She was walking in front of me, when a man and woman walked past her. I overheard the woman loudly stating in a condemning tone, “Look at her. Yeah, she’s gay!”, and they both laughed hysterically. Now this was said loud enough that this girl had to have heard it, but she didn’t react as though she did.

As Christians, we are not to condone sin, but we are not to hate anyone, either. We all sin and are in need of a Savior. According to God’s Word, being in a homosexual relationship is sinful, because it is sexual activity outside of His established marriage covenant. It breaks my heart when people take what God has said, mix it with their own judgments, and hurt others in the process. God does not condone hatred.

If you’ve read my blog for any length of time, you know why this is such a sensitive subject for me. So many from the LGBT community  believe that Christians do nothing but judge them, and unfortunately this is often true.

People don’t decide to be gay to upset anyone. They are just trying to be accepted for what they believe their true identity is.

The worst kind of captive is a prisoner unaware.

My pastors mentioned in a message once that the worst kind of captive is a prisoner unaware. This is so true. If you don’t even know that you’re in captivity, how can you be set free? I am so glad that I know who I am in Christ. If I didn’t know that He was able to set me free, I wouldn’t be free.

I lived for many years feeling like that was me. I lived for many years believing that the same-sex attractions that I dealt with was the real me. It felt like it was a real part of me – as real as anything else. I know how offended I would have been years ago if someone would have told me that I could be delivered from these thoughts. I would have been angry and offended that someone even suggested I needed delivered from something that I didn’t see as a problem.

It breaks my heart to see others judging those who are gay as if they are committing a greater sin than everyone else. Yes, according to the traditional interpretation of scripture, practicing homosexuality is a sin, but it’s not the unpardonable sin that many people treat it to be. Christ died for all of us.

This is a stronghold that truly has such a grip on people, and I have great compassion for anyone who struggles with it. Anyone who turns his or her life over to God and repents will be forgiven. He does not expect perfection. He just wants us to depend on Him and live for Him.

“But He gives us even more grace to stand against such evil desires. As the Scriptures say, “God opposes the proud but favors the humble” (James 4:6).

Anyone who is gay, lesbian, bi-sexual or transgendered deserves the same amount of respect that anyone else deserves. They are just as worthy of love and respect as anyone else. Often, they will have stories of such pain in their past that it would break your heart if you knew about it.

I thank God that He lead me to a church with pastors who did not judge me when I confessed these sins to them. I didn’t confess anything  to them because I had to; I did it because I couldn’t keep it to myself any longer. Little did I know that this stronghold would start to lessen when I confessed it to someone else. I could literally feel the chains start to get loose when I told them.

I know that we live in a day where right is wrong and wrong is right. Standing up against homosexuality is not a popular thing to do these days, but I feel such a strong tug on my heart to do so. This does not mean that homosexuality is worse than any other sin, and it does not mean that I have the right to belittle anyone who lives this way. God has called us to love everyone, no matter who they are or what they have done. Christ died for all of us.

I had a dream a few years ago that I gave my testimony in front of a lot of people I didn’t know. At the end of my testimony, the pastor finished up the service and gave an altar call for anyone who wanted to repent from homosexuality. A couple women came up first, and then more and more started lining up to the back of the room. Tons of women were being set free!

This dream was so real to me, and I feel like God gave it to me as a way of encouraging me to keep sharing what He has done in my life. It’s not easy to talk about things like this, because not everyone reacts so kindly to it. I can truly say, though, that my heart’s desire is for people to be set free.

Thank you, Jesus, for coming to set the captives free!

Loving Who God Loves: My Experience at the Pride Parade

Journey Into the Wilderness

4 thoughts on “He Came to Set the Captives Free”