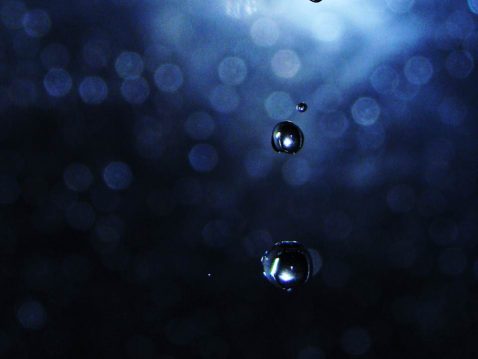 I was recently reminded of a very difficult time I went through a few years ago. I felt ashamed, tainted, and ruined. I couldn’t seem to put it all behind me. I was being plagued again by sexual dreams of other women, and I would wake up feeling like I failed God, my husband, and myself.

I dreaded nighttime, because that’s when I felt the most vulnerable. I would have intensely graphic dreams as soon as I would let my guard down. It felt as if the part of me I tried to ignore all day just took over when I fell asleep. I felt the opposite of pure despite my best efforts to live that way.

It was during this time that God gave me a powerful vision, and I found it written down in a notebook this past weekend. I wanted to share it with you…

“I saw two snowmen beside each other. The one on the left was completely pure and white. The one on the right started out completely pure and white as well, but he kept getting dirt thrown on him. When cars would drive by, mud would splash up on him but the other snowman remained clean. This made the muddy snowman feel ruined and sad. Then a little more dirt was thrown on him, and he became more sad, oppressed and hopeless.

He kept looking over to the white snowman, wishing he could also be pure. He no longer saw himself as the pure, white snowman he used to be. He thought he was ruined.

Suddenly a man (representing God) appeared and went up to the filthy snowman and said, “Do not be fooled! This is not who you are. I have made you white as snow.” Then, the man reached down to the bottom of the snowman and began peeling off a thin, transparent layer up over his head. When He finished, the snowman was perfectly white again. He had thought he was ruined, but the dirty layer covering him wasn’t who he truly was. It was just an outer shell of dirt (made of lies, hurt, and other filth that stuck to him). The man (God) showed him he truly was pure, just like the other snowman next to him. He finally saw himself as the pure, white snowman he was created to be.”

As the Lord has healed my heart one layer at a time, I now see much clearer who He created me to be. The woman I feel like on the inside is finally starting to match the woman He created me to be. My best efforts of trying to change never worked (and believe me…I tried!), but putting my focus on Him and yielding my heart over to Him is what changed me. Jesus has an amazing way of healing our hearts and peeling off the layers of lies and filth that stick to us, allowing us to see who He truly created us to be.

“Therefore if anyone is in Christ, he is a new creature; the old things passed away; behold, new things have come” (2 Corinthians 5:17).

Is there a layer of “dirt” covering you that shouldn’t be there? This could be from what you have spoken over yourself or even what others have spoken over you. Maybe something was done to you against your will. Have you have been buried in guilt, condemnation, anger, self-hatred, lust, shame, or something else as a result?

Ask God who He created you to be, and He will show you the real you. Picture yourself giving your heart to Him, and He will begin to gently remove the layers of “dirt” one at a time. You will be transformed as you renew your mind with the truth of who you are.

Who better to give your heart to than the One who created it and cherishes you the most?

When Your Desires Feel Anything but Holy